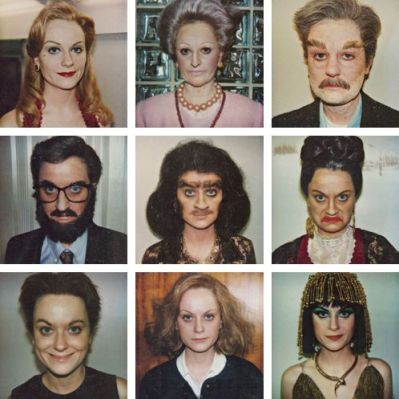 How can you not adore Amy Poehler? She does it all – writes, acts, produces, has awesome friends, makes us laugh until we cry and still manages to be a mom with a social life. Oh, and today’s her birthday! She’s basically my Miss America. That’s right, move over Miss New York. Because Amy Poehler isn’t just a powerhouse of laughs and fiery feminist sensibilities. She’s also the best friend/brilliant boss/supportive sister/bodacious babe you’ve always wished was number one on your speed dial.

In the spirit of celebrating everything Amy, I’ve put together a list of some of the things we love most about her.

She was a BOSS at SNL and oh yeah, became Tina Fey’s BFF

Amy made history by becoming the first woman to be promoted to full time cast member during her first season on the show – only the third person to ever receive this honor. During her third season she got promoted to co-anchor of “Weekend Update” with Tina and they became BFFs while making us all laugh on the regular.

She was the “cool mom” on Mean Girls

How could we forget? This was big screen gold, y’all, and I loved how she dove into her role chosen by non other than Tina Fey.

Amy launched Smart Girls, a YouTube series and online community she created with two of her girl friends. Their goal? To create an online space to encourage girls to just be themselves and embrace all the wonderful/awkward/unique traits about them. Smart Girls now has almost a million followers and Amy runs it herself. I mean, she’s super woman.

She is Lesley Knope

Whether you’ve seen Parks & Recreation or not, you have to admit Amy’s Lesley Knope is ambitious and all things amazing. She refers often to herself becoming the first female president and has a picture of Condoleezza Rice in her office for inspiration. Nothing like a comedy where the leading role is played by a strong woman who is both hilarious and kind.

Tina will tackle a multitude of hot topics we can all get on board with – everything from friendship to parenting to love and dating. Go ahead and pre-order because you know it’s going to be Epic.

HAPPY BIRTHDAY, Amy! May your waffles be plentiful and the jokes free-flowing!